Reach for Recovery Somerset West / Stellenbosch group said farewell to Jeanetta on Thursday July 14th at Vernuft in the Old Wood Mill Centre in Stellenbosch. Jeanetta has been part of the group since its inception at the turn of the century and was awarded a Certificate of Appreciation. Never a visiting volunteer she was responsible for the manufacture of softies during her 16 years with the group. The standard of her workmanship has been exemplary and has brought joy and happiness to the many recipients of those softies. Though some group members were unable to attend, all sent their good wishes to this very popular lady. We were joined by Jeanetta’s husband Marius, who was thanked for “lending” Jeanetta to us, the National Manager Stephanie van Deventer, Angelika Alberts, retired Chair of the group and Ann Steyn, previous National and International Chair.

The group has bought her sewing machine for others to continue her work and she has an able replacement in Pat Mostert who has undertaken the challenge of softie manufacture for the group. Jeanetta has promised to visit us at our monthly open meetings when possible and we will look forward to those days. 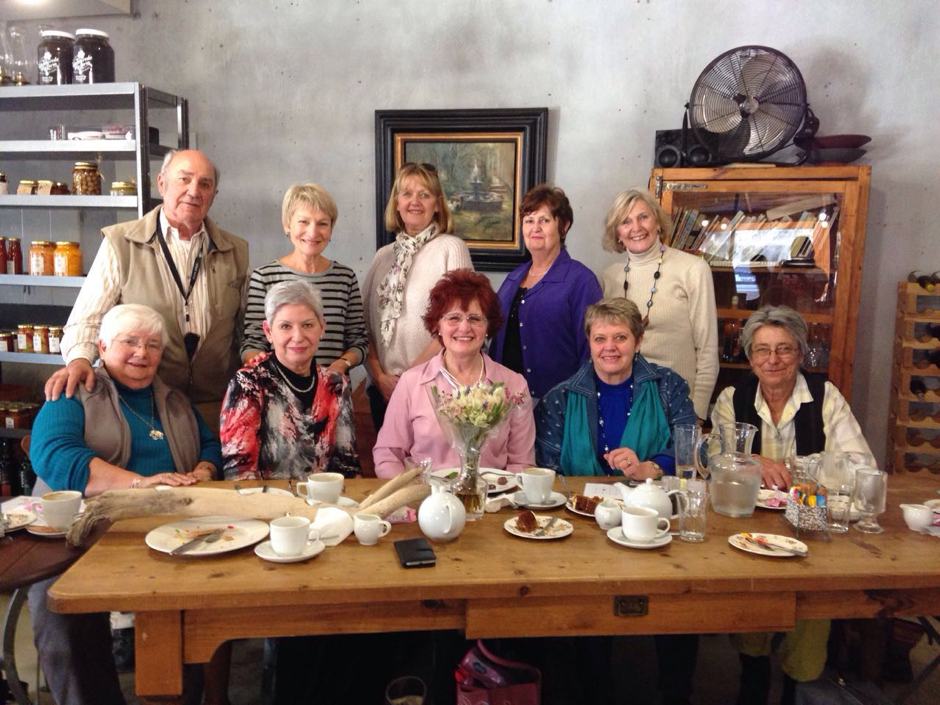