Anniversaries provide an ideal opportunity to look back in the “reverse mirror” – to see the development and growth. To look forward is even more important, through the “front window” to note where one is at the moment, and to decide where one wants to go in the future.

Fifty volunteers, all ages, and from the span of 50 years of service, came together on 20 March 2018 for a joyous tea at the Milkwood Café in the National Botanical Gardens in Pretoria.

Inspired by the visit of Therese Lasser in 1967, branches of RFR were initiated in Johannesburg and Cape Town with Pretoria following soon after. Elize Boshoff was the first person to start visiting breast cancer patients in Pretoria. She travelled often with her husband Judge Boshoff and promoted Reach for Recovery all over the country. As the first chair-lady in Pretoria she established a firm foundation.

Ruth Dettweiler, was diagnosed with breast cancer in 1981, and was immediately recruited for RFR. How wonderful that we had Ruth at our tea! Ruth told us about the first years of RFR. Elize and Ruth discovered that they lived in the same street in Brooklyn, they even shared the same domestic worker (who is still with the family!).  This led to working together often. Fascinating the story how she and Elize went on a retreat to a family farm, with the sole purpose to compile the very first training manual and pamphlets for RFR! Ruth, skilled in administration, became the second chair-lady in 1987, when Elize retired.  She was followed up by Monica Storm who continued to lay a firm foundation not only in Pretoria but nation-wide. (Unfortunately Monica who lives in Hermanus could not attend).

Pashminas were given to some veterans Felicity Howard and Isabel Labuschagne and also to the sewing ladies Ans Naude, Nienke Bakker and Gerda Aucamp.

Felicity Howard, survivor since 1992 and volunteer since 1996, who was secretary under Monica Storm, a volunteer who in spite of re-ocurrance stayed and served in many ways, about ten years!

Isabel Labuschagne volunteer since 1993, came all the way from Volksrust!

Isabel and her late husband Piet, who was the first male volunteer, shared all RFR activities and showed what can be done by happy couples! Breast cancer cannot destroy a committed marriage!  Isabel had a Mastectomy in 1993 September and attended her first meeting a month later! Monica Storm was chair-lady at that time. Isabel was asked in 1994 to serve on the committee. Piet Labuschagne and Isabel worked as a team, doing all the printing, including the manual for training, and this was sent all over RSA from Pretoria at a rate of 46,000 photo copies per year! Isabel helped with the sewing, served at Breast Clinic and sent out by post 400+  invitations to survivors for the General Meetings which were held once a month!

What was lovely is that we had veterans with us, the team of today, and our  young ones. 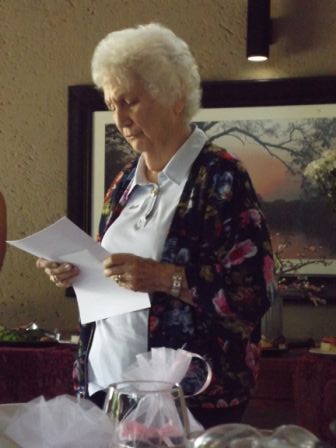 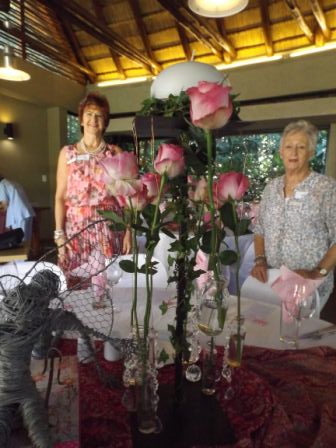 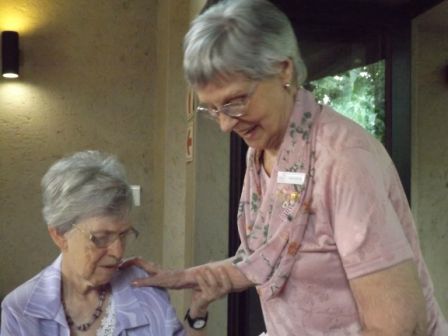