She served the national organisation as National Coordinator from 2002 to 2006 and is a full board member since 2017.
When she became the National Coordinator in 2002, Ann started developing a new training programme for volunteers which resulted in her soliciting funds from overseas donors to train breast cancer survivors in other African countries. As a result, she was asked to join the Reach to Recovery International (RRI) Board of Management. After a few years, she became President (2007-2013) and is still a board member to date.

Another highlight for this remarkable volunteer is her election as board member of the UICC (Union for International Cancer Control) during 2017 – a first for South Africa!
We are extremely proud of Ann and her achievements. We commend Ann on her passion and dedication to Reach for Recovery and her ongoing participation in cancer control. #Reach4Recovery#WomenMakingHistory 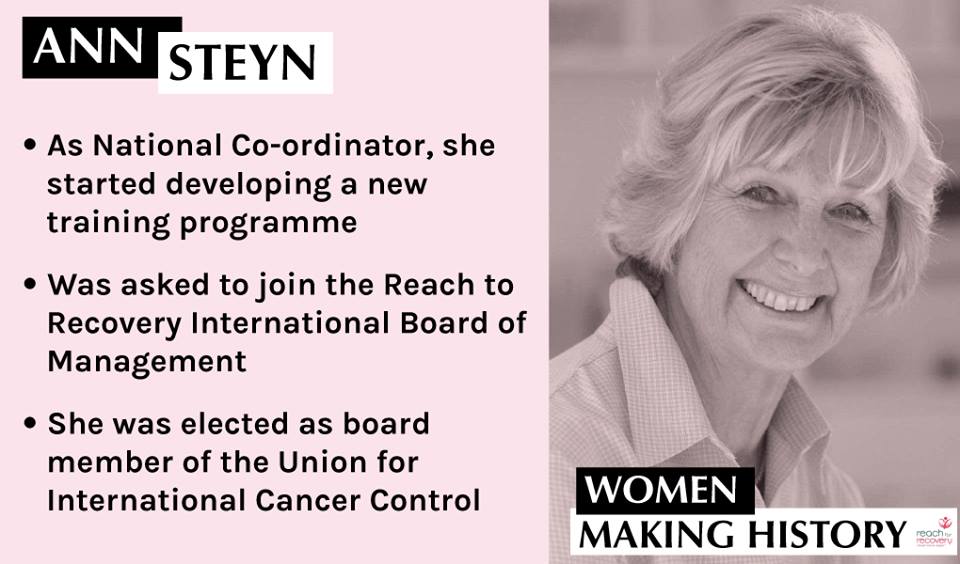