Rose Kushner was one of the first women to protest against the standard care given to breast cancer patients.

Since about 1900, a woman suspected of having breast cancer would undergo a ‘one step’ operation. A surgeon would perform a biopsy along with a radical mastectomy, and the patient would typically wake up with her breasts, chest muscles and lymph nodes entirely removed, regardless of the size or characteristics of her tumor, or her personal wishes.

Rose Kushner’s movement insisted women ask questions about the types of treatment they could be offered before going ahead with any surgery or plan.
Her method was so unusual that Ellen Leopold (author of ‘A Darker Ribbon’ wrote that “… she laid the groundwork for what eventually would become the modern culture of breast cancer.”

Many other significant women would speak out about breast cancer because of the road that Rose Kushner paved. #WomenMakingHistory#Reach4Recovery 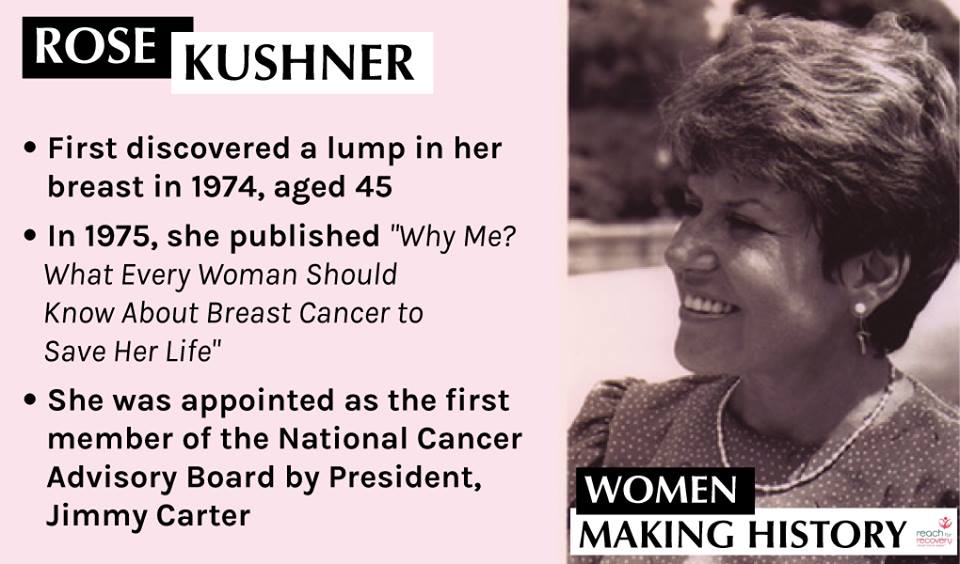