The fight against breast cancer receives a boost!

The fight against breast cancer receives a boost!

With just over R2m raised for Reach for Recovery over the 5 years of the mushroom industry’s Power of Pink campaign.

683 women from all over South Africa (including Gauteng, Northern Cape, Free State, KwaZulu Natal, Eastern Cape and Western Cape as well as Limpopo, North West and Mpumalanga) benefitted from the money donated by SAMFA, Pick n Pay and Thermopac during 2014.

The mushroom industry’s motivation to support Breast Cancer month stems from the many international research studies which continue to support the positive link between mushroom consumption and the reduction of breast cancer.

“At the heart of the Power of Pink Pink Punnet Project,” says Stephné Jacobs – Chairperson of the Board of Management for Reach For Recovery – South Africa, “is the premise that mushrooms play a role in lowering breast cancer risk. Reach for Recovery is a special volunteer driven organisation and makes a big difference in the lives of women confronted with this disease. We are so grateful for the commitment and involvement of The South African Mushroom Farmers’ Association (SAMFA) in our efforts to assist women on their road to recovery.”

All the money raised in the Power of Pink Pink Punnet campaign is used by Reach for Recovery to purchase silicone prostheses for underprivileged women who cannot afford reconstructive surgery after a mastectomy.

David North, Corporate Affairs Director of Pick n Pay said, “We applaud the South African Mushroom industry for this campaign, which to date has raised more than R2m. Pick n Pay is proud to have partnered with SAMFA in raising these funds for the Reach for Recovery programme, which provides emotional care and practical support to breast cancer patients and their families. “

“It is an extraordinary industry achievement,” concludes Richardson, “and we are immensely proud of the efforts our members made to make this initiative the success that it is. 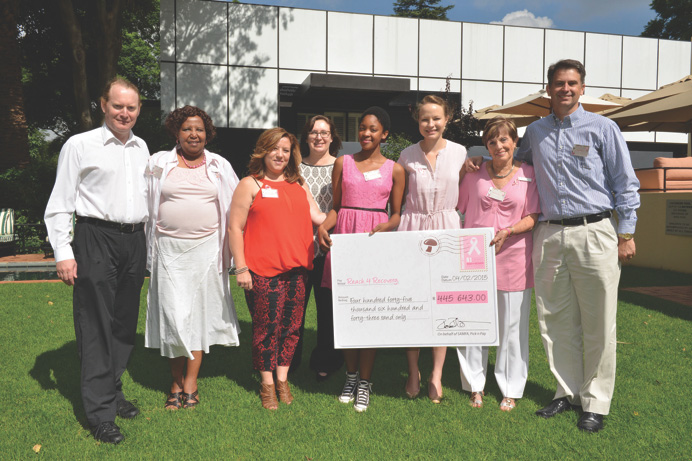 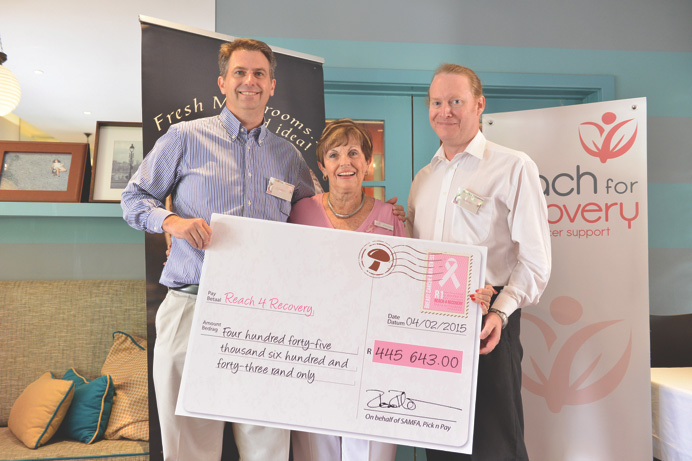 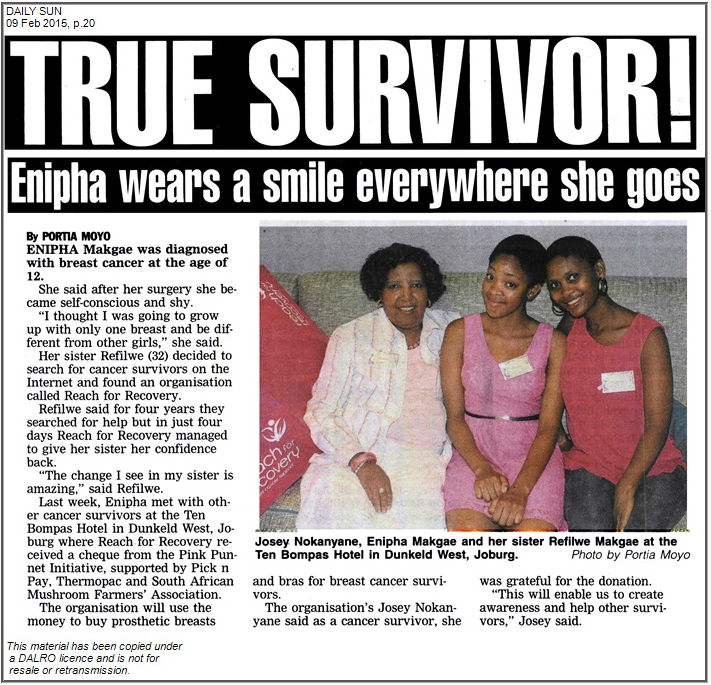